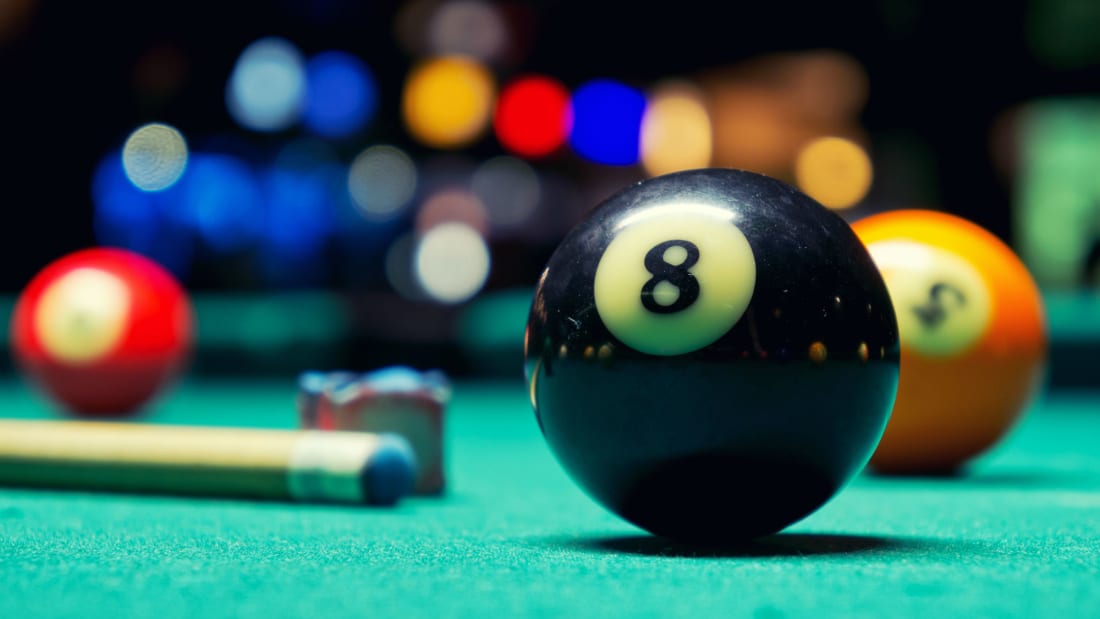 Pool is a classification of cue sports played on a table with six pockets along the rails, into which balls are deposited. Each specific pool game has its own name; some of the better-known include eight-ball, blackball, nine-ball, ten-ball, seven-ball, straight pool, one-pocket, and bank pool.

Eight-ball includes seven solid-colored balls numbered 1 through 7, seven striped balls numbered 9 through 15, and the black 8 ball. After the balls are scattered with a break shot, a player is assigned either the group of solid or striped balls once they have legally pocketed a ball from that group. The object of the game is to legally pocket the 8-ball in a “called” pocket, which can only be done after all of the balls from a player’s assigned group have been cleared from the table.

The game is the most frequently played discipline of pool, and is often thought of as synonymous with “pool”. The game has numerous variations, mostly regional. It is the second most played professional pool game, after nine-ball, and for the last several decades ahead of straight pool.