Passed away quietly Friday, October 1st.
Firstborn child to Kurt and Anna Thümer, Marie Ilse. Christel was eight years old as WWII drew to an excruciating close in Kassel, a major industrial town in central Germany.
A few years later, she met a young man, Hartmut. They were both part of a young adult group that enjoyed weekend outings together. Germans love to travel. And Christel was already thinking about Canada. in the summer of 1958, she made the jump, immigrating to Toronto.
Her first job in Canada was working in a German deli, serving people food for the next fifty years of her life. Christel loved to put on a spread. And she loved the people who enjoyed it with her. Hartmut decided to immigrate to Canada that same year. Their paths having crossed again, Hartmut and Christel’s friendship blossomed. On July 22, 1961, they began a marriage that would last six decades – and a little more.
To send flowers to the family or plant a tree in memory of Christel Marie Koehler (Thuemer), please visit our Heartfelt Sympathies Store. Our sympathy goes out to Hartmut and family. 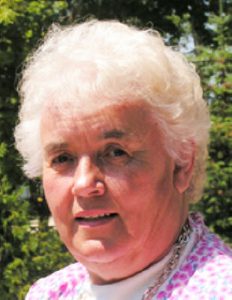 If you subscribe using the form above, you will be notified immediately as new announcements are posted.

Alternatively you can subscribe using the form below to receive our monthly newsletter containing all the announcements that were posted throughout the month.